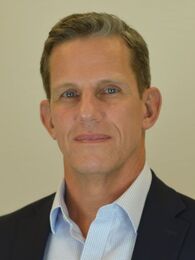 Mr. Jay Kurowsky, Aleta CEO and Chairman of the Board of Directors
​Jay Kurowsky, CEO and Chairman of the Board of Directors, has 25 years’ experience in cybersecurity/Information Security (INFOSEC), including 24 years’ experience in leading high-performing cybersecurity/INFOSEC organizations. This experience includes serving as an Army Acquisition Corps member and a Vice President of a large, publicly-traded corporation.  In these roles, he has provided cybersecurity support to over 1,000 systems.  He has advised the Pentagon on such cybersecurity issues as cybersecurity for critical infrastructure, malicious content in commercial software, and security authorization/accreditation.  He served as the Army’s representative for Software Protection/Anti-tamper and was chosen as technical representative by the Three-Star CIO/G-6 of the U.S. Army to make decisions for him on what systems were and were not sufficiently secure to connect to the Army's tactical communications backbone.  In 2011, Jay founded Aleta Technologies which provides cybersecurity support to the Department of Defense, numerous global corporations, and other customers, with particular expertise in cybersecurity for control systems.  Jay led Aleta to earn a position on INC's list of the nation's fastest growing privately-owned companies, which made Aleta the fastest-growing tech company in Huntsville from 2016-2019 due to Aleta 460% growth in revenue.  Jay has a Bachelor of Science degree in Mechanical Engineering, a Physics Minor, and a Masters’ in Management/Information Systems (4.0 GPA). Jay is a Certified Information Systems Security Professional (CISSP) and has a Black Belt in Lean Six Sigma. He has earned three Army medals and various other awards and commendations. 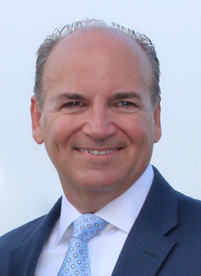 Michael previously held the position of President and CEO at Sensor Technologies Inc., an engineering services firm that he founded in 1991.  The company quickly became a leader in software engineering and systems acquisition, which resulted in its recognition by INC Magazine as one of America’s Fastest Growing Private Companies.  By 2008 the company was recognized as one of America's Top 100 Defense Contractors by Washington Technology Magazine and Michael was awarded the title of New Jersey 2008 Ernst & Young Business Services Entrepreneur of the Year for his leadership.  In 2010 he led the firm to approximately $600M in annual revenue and completed its merger and integration with a public company.

Michael gives back to the community by serving on the board of trustees of local non-profit organizations including the Fulfill Food Bank of Monmouth and Ocean Counties and Christian Brothers Academy. At both organizations he has helped to transform strategic planning, board performance, and operational execution through improved management controls, budgeting and increased accountability. 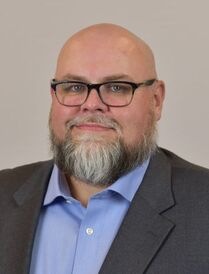 Aaron's business development expertise and overall business acumen continues to create rapid growth for Aleta.  He is instrumental in continual updates to corporate strategic and tactical plans and in focusing Aleta's business development efforts in support of those plans, providing for growth throughout the United States as well as at DoD posts, camps, and stations in many other countries and U.S. territories.

​Mr. Austin Coots, Program Manager
​Austin Coots, Program Manager, is responsible for cybersecurity of DoD construction-type projects worldwide.  Numerous DoD organizations spanning all three U.S. military Branches as well as numerous corporations look to Austin for his cybersecurity leadership and technical excellence.  The customer corporations he serves, both large and small, total over $1/4 Trillion in their combined revenue.  They include most of the world’s largest system integrators, a sizeable portion of the world’s largest control system manufacturers, and numerous general contractors and prime contractors of all sizes.  Prior to this role, Austin served at the flagpole of an Army Four-Star headquarters, Army Materiel Command (AMC), working to bring cyber to the forefront of operations, identifying critical assets, many of which were control systems, and taking the necessary steps to defend them from adversaries. Austin and his team have extensive technical experience developing control system architectures, hardening control systems, mitigating vulnerabilities, and providing customers with Risk Management Framework (RMF) support.  They also have detailed experience with the new implementation of cybersecurity for facility related control systems through the construction frameworks of UFC 4-010-06 and UFGS 25 05 11.  Austin’s team also brings experience in cyber attack and exploitation, and their knowledge of cyber offense makes them particularly adept at defending control systems.​​ 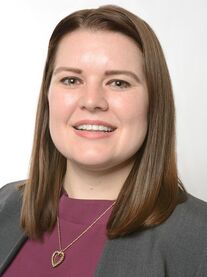 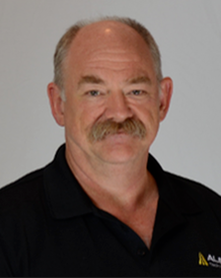 ​Mr. Herndon “Doc” Elliott, Senior Cybersecurity Subject Matter Expert
Herndon “Doc” Elliott, Senior Cybersecurity Subject Matter Expert, received a Bachelor of Chemical Engineering from Auburn University in 1983 and a Masters of Computer Science from University of Alabama in Huntsville in 1992.  He began his career with the US Army as an intern in Texarkana, Texas, in 1984 then moved to Aberdeen Proving Ground in 1985, and finally to Redstone Arsenal in 1987.  Doc served in several different Army project management offices supporting various missile systems from 1987 through 1998.  He was an early Army Microsoft Certified Systems Engineer (MCSE) and obtained the Army Acquisition Corp Level III certification in Systems Planning, Research, Development and Engineering (SPRDE).  He served as the Chief Information Officer of the Aviation and Missile Research Development and Engineering Center (AMRDEC) from 1998 through 2013.  During this period, the AMRDEC led the way in IT at Redstone Arsenal with numerous firsts such as the largest Voice over IP deployment in the Army at that time, and early adoption of Active Directory and Microsoft Exchange.  In 2007, he obtained his Certified Information System Security Professional designation.  In 2008, he was appointed as one of the Army’s DIACAP Validators, and reappointed under RMF in 2014.  In December 2016, Doc retired from Civil Service and now works for Aleta Technologies. 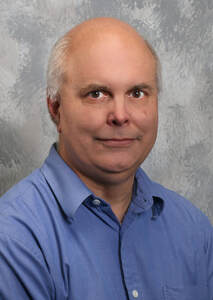 Mr. Larry Grate, Senior Control System Cybersecurity Subject Matter Expert
Larry Grate, Senior Control System Cybersecurity SME, received a Bachelor of Science degree in Electrical Engineering from Mercer University, and a Masters of Science in Cybersecurity from St. Bonaventure.  Larry brings 30 years' experience in control systems of all types, with experience in DoD, commercial, and industrial control system sectors.  His cybersecurity experience includes serving as a voting member on the  ISA 99 committee and other roles.  He has extensive experience working with numerous global corporations.  Larry holds a Professional Engineer license in the State of Georgia, and the certifications of Global Industrial Cyber Security Professional (GICSP), Certified Information System Security Professional (CISSP), as well as others.  Prior to Aleta, Larry stood up the security program for one of the top system integrators serving a variety of industries.